It’s March which for Tablet Rentals UK means the beginning of spring, longer days and Apple’s first launch of 2022, which took place this week at Apple HQ in California.

Whilst the Apple launch wasn’t as spectacular as it was in previous years, it was nonetheless extremely interesting. Apple announced a new iPad Air (5th Gen); a new SE iPhone and a new desktop computer, called Mac Studio.

The Tablet Rentals team are always interested to scrape beneath the surface to see whether any other clues to Apple’s future direction are revealed.

Interestingly enough, could Premiership Football be shown on Apple TV in the UK in the future? The answer is intriguing as Apple announced they will start showing live Major League Baseball on its Apple TV + service in the USA and UK. Certainly, Apple is big enough financially to be interested in Premier League football. It would drive huge numbers of new customers to Apple TV. Watch this space and if you need to hire Apple TV for your events please contact us and Tablet Rentals we will be pleased to assist.

In addition, Apple launched another iPad Air, which will be the 5th Generation iPad Air. The new iPad Air will be available to hire from Tablet Rentals from next week. The iPad Air name clearly means something to Apple. The original iPad Air was a seismic jump in terms of innovation. Apple jumped from the iPad 4th Gen to a much slimmer iPad Air back in November 2013. Since then the iPad Air has been ever-present in Apple’s iPad range of devices. Indeed the iPad Air 2 (2014) which can be leased from Tablet Rentals still runs on the current IOS 15, which is incredible value for an iPad. 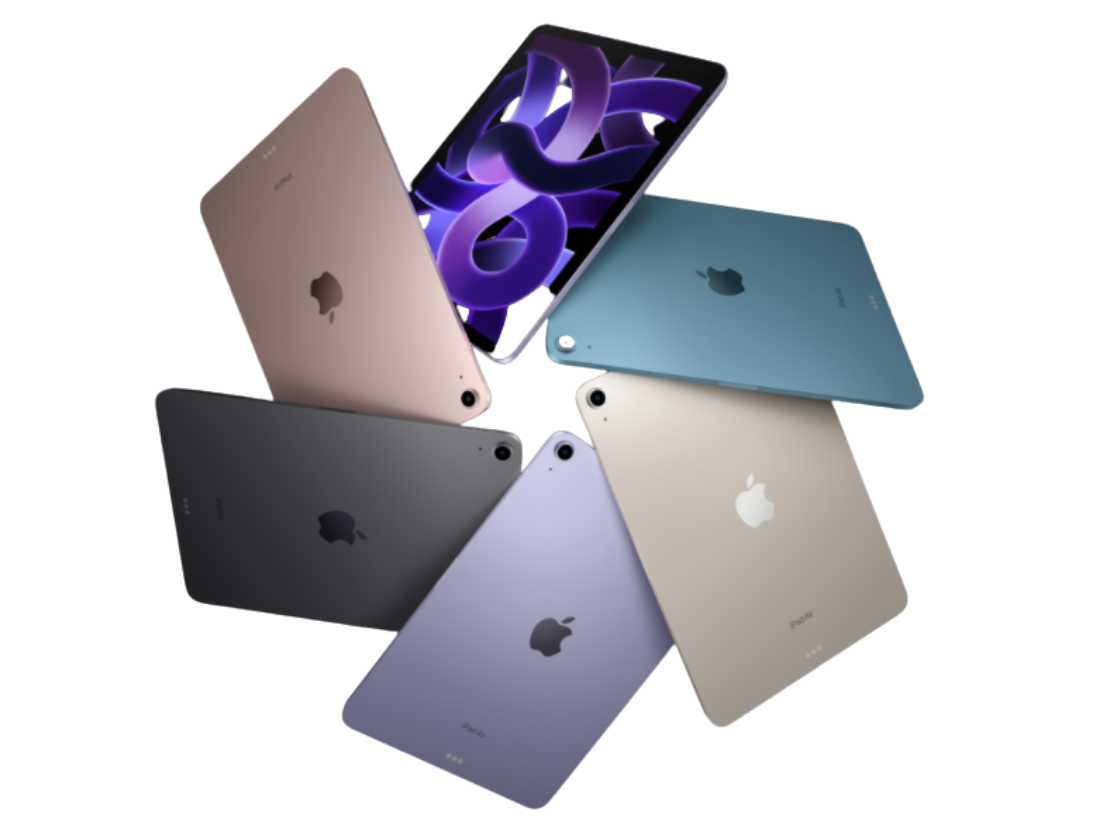 You can lease the new iPad Air from next week and the new iPad Air will have Apple’s M1 Chipset, making this as powerful as the iPad Pro range. The camera has an impressive ultra-wide 12MP and cellular iPad Airs will have 5G connectivity. Keeping in tune with Apple’s iPhones, the storage continues to increase with the lowest storage now 64GB, but considering the new iPhone 13 range has a minimum of 128GB storage, it seems a missed opportunity not to have raised the minimum storage to 128GB.

The iPad Air remains a 10.9’ device and closely resembles the iPad 11’ Pro, although the 11’ Pro remains a better, more powerful iPad device. So as the year starts to kick into gear with new devices being released by both Apple and Samsung, you can hire iPads, rent Android tablets and lease a plethora of iPhones / Mac books and Laptops from the team at Tablet Rentals.